Many of you have wondered about my health and have been praying that I might regain some of the strength that I have lost over the winter. Let me tell you exactly what is happening. As most of you know, I deal with three concerns: Atrial Fib, extremely rapid heart rate and sleep apnea.

Over the years the sleep apnea has been dealt with by wearing CPAP every night, uncomfortable but effective. The lower heart rate has been dealt with by the 4 pacemakers that I have had. The rapid heart rate with medication. Over the past few years the doctors have tried every medication possible but none have been effective. In fact, they have contributed to my congestive heart and kidney failure. Trying to balance these two has been somewhat difficult. Since November 2020 my average heart rate has been about 120 bpm. It has been a bit fatiguing. However, in the past few weeks it has risen to average about 125 bpm – and this past weekend it went to 145 bpm average.

About a month ago, the doctors determined that no medication was effective for me and that two procedures must be performed to sustain a quality of life. One, a new 3 wire pacemaker needed to replace my current one. This new one would have 3 wires instead of 2 and would stimulate the portion of my heart that was not working correctly. The second procedure was an ablation that would cut off the stimulation from my heart and make me completely dependent upon the new pacemaker. No longer would I receive messages from my heart, but only from the pacemaker. Because of the increasing rapid heart rate, it was determined on Monday evening to do the ablation early Tuesday morning. The second procedure replacing the pacemaker would still be done on April 15th. I have written this article to bring all of you up to date on my condition. Let me close by saying that I am writing this on Wednesday and for the first time in months, my heart rate, run by the pacemaker, is 70 or less. It feels wonderful and I am blessed beyond my wildest dreams. 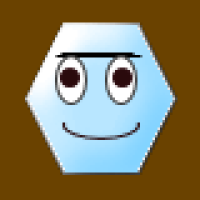 Permanent link to this article: https://www.cyntheannechurch.com/2021/04/dear-cyntheanne-family/